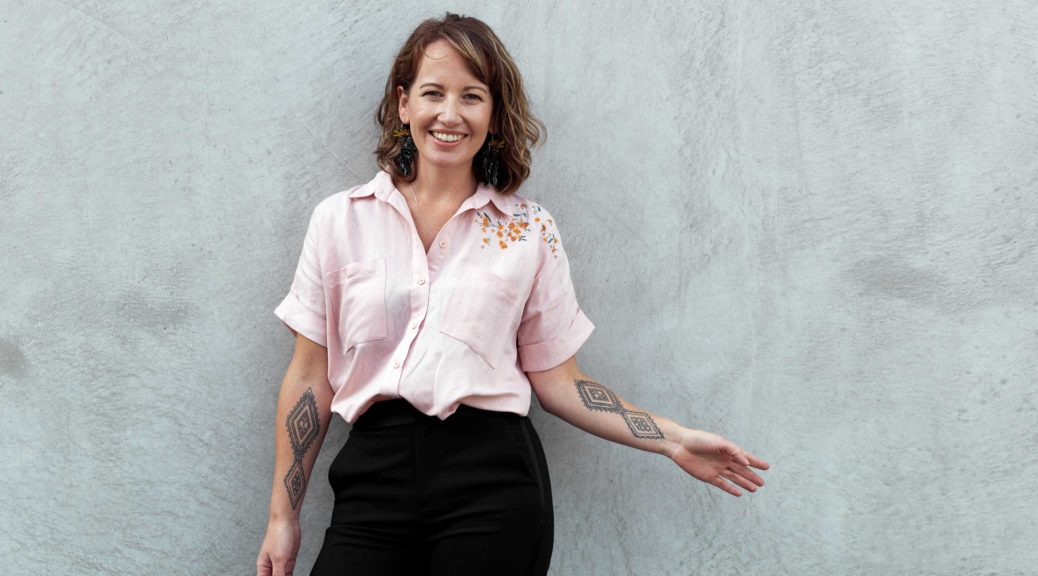 For artist Rongomaiaia Te Whaiti from the College of Creative Arts, the Cape Palliser coastline, home of her hapū Ngāti Hinewaka, is a special place. ‘I have quite a relationship to that land, I spent time there growing up and I recall the official ceremony when it was handed back to our hapū by the Crown,’ she said. ‘I have spent time walking that landscape, locating different pā sites that are evidenced through the impressions in the land, finding where kūmara pits and gardens were. I’ve lived quite a rich upbringing in terms of my relationship to the land and who I am in terms of my connection to the people around me.’

Now, Te Whaiti has created a new art installation for the New Zealand Maritime Museum Hui te Ananui a Tangaroa titled Te kai a te rangatira, exploring early Māori and European encounters at Cape Palliser. The work is part of an exhibition commissioned for Tuia — Encounters 250, a Ministry for Culture and Heritage commemoration to mark 250 years since the first onshore encounters between Māori and Pākehā in 1769, and will become part of the museum’s permanent collection.

The theme Te Whaiti chose for the work is ‘Food for Whao (chisels)’, which came out of research she carried out into Ngāti Hinewaka’s encounters with the Endeavour, by examining journals by James Cook and Joseph Banks. ‘It was never Cook’s intention to anchor at Cape Palliser, as it’s a rough coastline, with exposed southerly winds and rock formations down to the sea, so it’s pretty hard to navigate,’ she said. ‘When my hapū saw the Endeavour approaching, they set off in their waka, and it was noted by Cook and Banks that when they arrived, they went on board in a way that was described as peaceful and non-threatening. I wanted to acknowledge that the encounter was instigated by my people, rather than being imposed upon them.’

Once on board, the Ngāti Hinewaka members conversed with Tupaia, a rangatira (chief) from Tahiti who was known as Cook’s translator and a tohunga (expert) because he knew how to navigate his way to Aotearoa New Zealand. ‘Tupaia’s presence had a lot to do with our people’s choice to work with people on board the Endeavour,’ said Te Whaiti. ‘They went there with the intention to trade, and were carrying with them items such as fruit and crayfish. Through Tupaia, they requested whao, which are chisels traditionally made of bone or pounamu, but in this case were massive iron ship nails, which can be reshaped and used as chisels. I showed this history through a sculptural installation in which I made hybrid forms of chisels and ship nails, wrapped in blue velvet, which was a reference to our engagement across the sea but also to Joseph Banks and his velvet jacket. I embossed drawings onto the velvet of karaka and hīnau berries and crayfish, which I found by looking at Banks’ specimens that are now in Te Papa’s collections, as well as on-board artist Sydney Parkinson’s prints and the iconic watercolour painting that Tupaia did of Joseph Banks trading with the Māori rangatira. I usually find something that grabs me, and blow that up. I tend to dwell on the details.

‘It was noted by Joseph Banks that this was the first example of an organised trading practice that they had come across, so that was another thing that I wanted to acknowledge, including my people’s agency in this trade. I think we do have that responsibility as Māori artists to represent a more accurate picture than what has been represented in the past.’

As part of her research, Te Whaiti discovered another interesting piece of history around Ngāti Hinewaka’s encounter with the Endeavour. The ship had anchored at Te Kauwae-a-Māui (Cape Kidnappers), approximately 340 kilometres away by land. ‘By the time the Endeavour had sailed around the coastline to Cape Palliser, the news had already travelled through our own communication network across the land. I thought that was quite remarkable and sophisticated,’ she said.

‘I’m very lucky that the landscape has been so accessible to me and my kids — it’s a part of us. We belong to the land rather than that idea of ownership, and it’s something that we do as a cultural practice, to locate ourselves within the landscapes wherever we go, and we do that in the simplest forms. My work is grounded in my belonging to the land in which I come from and the people and the culture around that.’