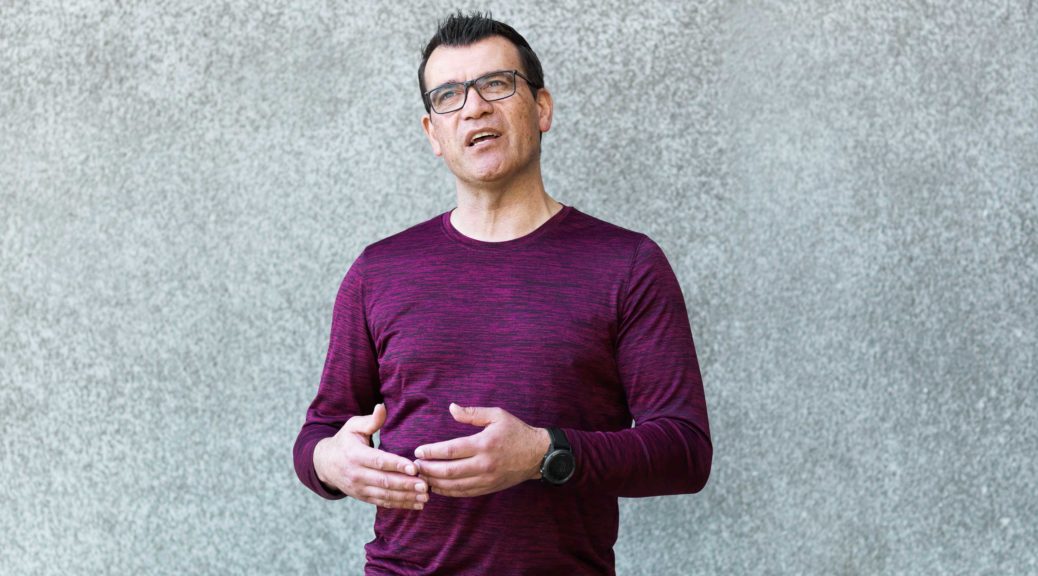 Food security, including access to fresh fruit and vegetables, is an ongoing problem for many, particularly those on low incomes. It is a complex issue, and public health interventionists like Dr Geoff Kira from the School of Health Sciences are working to find creative ways to address it.

With an overall focus on health equity, Dr Kira’s research works to find ways to translate studies carried out at the academic level into practical approaches for practitioners and communities. ‘We have a lot of information about issues such as disparities between ethnicities, genders and children versus elderly,’ he said, ‘but there are very few people who are able to do something about it, because the issues are too complex. That’s where we (public health) come in, to help influence the environment in the community to be able to get the best outcome. We might regulate the way advertising is posted, build safer roads or advocate reducing the tax on fruit and veges. Changing the environment makes it easier for people to make healthy decisions without being influenced by things like poverty, racism, or their upbringing.’

Dr Kira’s research has a strong reliance on mātauranga Māori, Māori knowledge, because of its ability to engage, focus and excite. ‘That’s the best framework that I can use because it’s been tested over hundreds of years to be able to help people,’ he said. ‘The science is great from a technical point of view, but how do we influence what happens at home? That’s where Māori knowledge offers a different way of interacting with, and looking at, the world. We work at the interface of Māori knowledge and scientific knowledge and try to bring them together. They complement each other very well, as far as I’m concerned.’

Recently, Dr Kira began a project to accurately measure the amount of fruit and vegetables a person has eaten. The standard practice for nutritionists is to rely on 24-hour recall, but this is problematic. ‘It sounds very simple, but the problem is people have very poor memories, and fruit and vegetables are a notoriously difficult thing to remember. So, we need to have better, more objective methods.’

The project will involve testing a variety of innovative ways to measure fruit and vegetable consumption. First, participants will be given a smartphone to use for the duration of the study, to take a photo of or to text in any food they eat. Fruit and vegetables will be provided to participants, and research assistants will check what is being eaten. Finally, a wearable camera will be used by those in the study, which will take photos every 15 seconds throughout the day. ‘We’re constantly looking for cutting-edge technologies that are more objective and less burdensome on the research participant, and that don’t rely on them having to try to recall what they’ve eaten,’ said Dr Kira.

Previously, Dr Kira led a study that gave free fruit and vegetables to 40 households for three months, three quartersof whom had incomes of less than $20,000. ‘We checked in every week and found that 88 per cent of the food was beingeaten, which is fantastic. Six per cent was going to waste, which we understood because things go off, and the other six percent was given away to friends, family and neighbours. Participants saw that people around them had less and gave whatthey had, so that was a beautiful thing that came out of that work.’

Overall, the study disproved an often- repeated belief about food choices. ‘There’s this bias out there that people don’t want to eat fruit and vegetables, or those on low incomes choose to eat fast food,’ said Dr Kira. ‘I’m hoping that we’ll be able to keep going with much bigger studies that show people in poverty want to eat fruit and vegetables. We even had educational workshops just in case they didn’t know how to cook them, and they used them as social gathering times rather than education because they already knew how.’

Next, Dr Kira aims to work on developing economically sustainable ways to supply fruit and vegetables to those who cannot afford them. ‘There’s so many different ways that we can do that, and we should, because access to those healthy foods is a really big issue,’ he said. ‘I’m hoping to be able to have a social enterprise of different initiatives that seeds any profit back into the companies to be able to distribute more fruit and vegetables to families. Most current programmes rely on charity, but the problem is that many people in poverty don’t want to take it. I think charities are wonderful, it’s just that we shouldn’t have to rely on them for the backstop.’