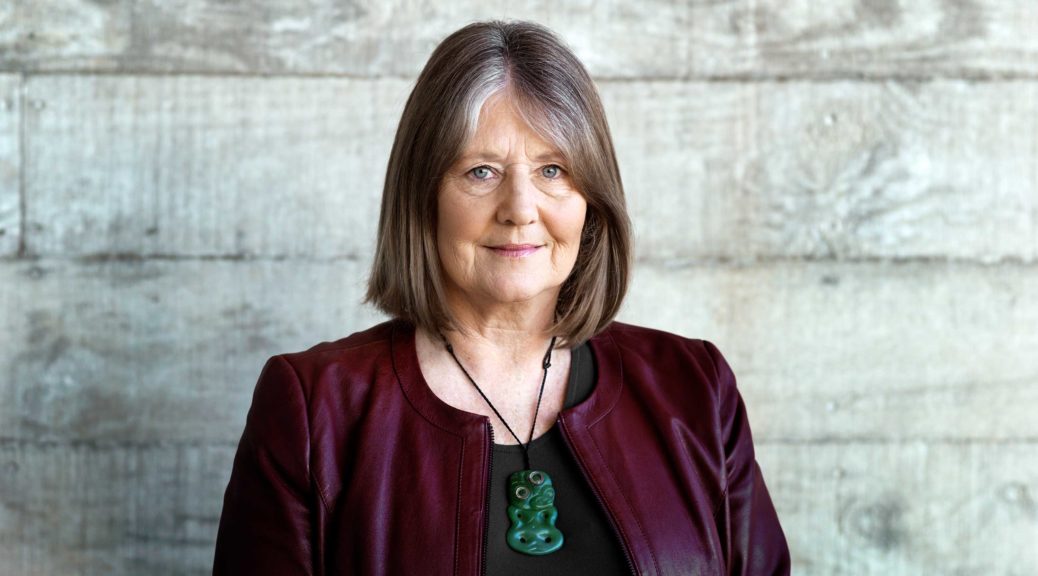 Māori communities are uniquely placed to respond to, and support recovery from, natural disasters. As an example, following the 22 February 2011 Canterbury earthquake, the nationalised Māori earthquake recovery network was established in a hui at Rēhua Marae during the first 24 hours after the earthquake. Within 48 hours, the response was up and running — faster than the mainstream response. ‘There are lessons that can be learned from that communitarian approach,’ said Associate Professor Christine Kenney from the Joint Centre for Disaster Research.

The focus of Associate Professor Kenney’s research is Māori disaster risk reduction, which encompasses emergency management, climate change and resilience. Her work is shaped by kaupapa Māori research principles, and is community-led by, and involves collaboration with, Māori research partners. ‘It’s much better to have cultural insiders driving the research because there are subtleties in terms of how knowledges are understood, and it means that we can simultaneously facilitate new Western European science and mātauranga Māori [Māori knowledge]. Māori community partners are experts in interweaving the two forms of knowledge — getting them to talk to each other.’

In regards to engagement with tangata whenua (people of the land), she added ‘I think fieldwork for us as disaster specialists is an important element. I’m not someone who sits in the office and does it from a distance, and I don’t think the sort of work that I’ve been involved in should be done this way. People on the ground usually know what the issues are, so a bit of listening goes a long way.’ However, she emphasises, this approach takes time. ‘When you’re working in te ao Māori, it takes longer because of building relationships which continue after the research is completed. You can’t just go in and grab what you want and run, there are responsibilities around respect and relationships which underpin what’s really important, and you need to get it right.’

Associate Professor Kenney pointed out that there is currently a significant global focus on the strength of indigenous approaches to climate change and disaster risk reduction. Pleasingly, she sees this becoming better acknowledged at home, as well. Following the Canterbury earthquakes, for example, her research team’s documentation of the Māori response was published by the United Nations, and has become known as best-practice science. Here in New Zealand, she was recently asked to contribute a piece on resilience and te ao Māori to the government’s National Disaster Resilience Strategy, a document that outlines the vision and long-term goals for civil defence emergency management.

Associate Professor Kenney is currently involved in a variety of research projects in the area of Māori disaster risk reduction and resilience. These include two Marsden-funded projects, one on Māori emergency management and a second exploring power politics in Canterbury. She is also driving two projects funded by the National Science Challenges, the first in the area of iwi disaster resilience planning and the second a broader project looking at the regeneration, recovery, and resilience of Māori communities longer-term. Both projects are situated in the Bay of Plenty and will consider the impacts of the Whakaari eruption and the context of Covid-19 on local hapū (subtribe) and whānau (family). She is also involved with the expansion of QuakeCoRE, the New Zealand Centre for Earthquake Resilience, which works to improve how communities recover and thrive after major earthquakes. Her focus is on developing a new mātauranga Māori component for the centre, which will involve research projects that are agreed on by Māori communities, respond to community needs, and are carried out by Māori researchers in Māori ways.

At a broader level, Associate Professor Kenney is involved with fostering other Māori research and researchers. In March she became an EQC Fellow and has been awarded funding to set up a national indigenous risk and resilience research centre at Massey. She is also a member of the Ministry of Business, Innovation and Employment’s Te Pūnaha Hihiko: Vision Mātauranga Capability Fund assessment panel, which awards grants to projects developed with Māori. Finally, she is involved with Te Rau Puawai, a Massey programme founded over 20 years ago by Sir Mason Durie, that provides wrap around support for Māori students who are enrolled in a Massey University qualification in a field relevant to Māori mental health. ‘I would like to think that the work that I’m doing is going to make a difference for my people,’ she says. ‘However, for me, the broader picture is a resilient nation, where everyone is involved in bringing their strengths to the table.’