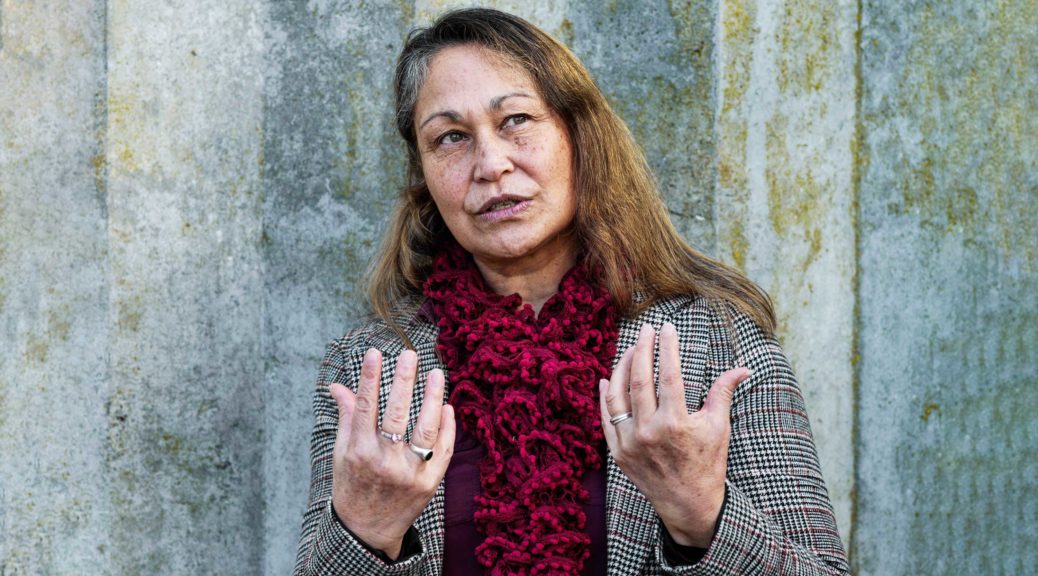 Mathematics education, and its outcomes, are afforded power and status in our society. From an early age, whether or not a person is ‘good at’ curriculum mathematics starts to shape their identity and influence their direction in life. ‘Maths is used for sifting and sorting our young people on a scale of clever enough to not clever enough,’ said Dr Pania Te Maro from the Institute of Education. ‘I’m passionate that we stop doing this to our children. I’ve seen people who have been completely undermined by it. I think as a society we’re quite blinded to what’s going on and, for me, it’s also not fair on maths.’

Part of the problem, according to Dr Te Maro, is Platonist thinking where maths is held up as being the world. ‘There is an idea that things like Māori weaving, raranga, kōwhaiwhai [decorative patterns], and even pōwhiri [ceremonial welcomes] are mathematical. I can see why these ideas are appealing. If maths has status in the world, then to try to uplift the status of Māori knowledge call it mathematical. However, a kairaranga (weaver) has knowledge of how to weave, and this knowledge is as important as maths, just in another way. We can unpack the maths in the weaving but the knowledge of weaving itself has its own integrity. What if we were to instead focus on the equitable privileging of separate bodies of knowledge? Don’t call raranga maths because, actually, you’ve just subjugated the knowledge of the weaver.’

Although it is true that some mathematics is used in everyday life, this usually involves simple calculations, or numeracy, which is only a small part of what maths is. Mathematising our every- day lives can have the detrimental effect of (once more) elevating maths knowledge and ways of seeing the world, above other forms. Then, if maths is ‘the world’ and a child cannot do maths, does that mean that they ‘cannot do the world’?

‘Students get to NCEA and hit a brick wall for a couple of reasons,’ said Dr Te Maro. ‘NCEA systems have the potential to reduce maths to regurgitation of ‘learned enough’ procedural maths to solve contrived problems for exams that make no sense in students’ worlds. NCEA maths results are (unfairly) a gatekeeper to higher education and access to economic means, which causes undue pressure to perform. Students struggle with trying to integrate or connect the things that are really important for them to learn as Māori with this form of maths education.’ Her aim is to work with kura (schools) to ease this tension. ‘We can approach it from just teaching to the tests. Or we could approach it from a way where kids are really involved with mathematics and thinking mathematically, learning to transition from thinking concretely to abstractly. If we put NCEA to the side for a bit longer, and just allow ourselves to do real maths, not maths education maths — I believe that then students could approach NCEA and have fewer problems with it.’

As well as her potential work with kura, Dr Te Maro is working on finding better ways to work with adult numeracy. Recently, she carried out a research project with Ako Aotearoa, a government-funded organisation supporting tertiary educators, to investigate what adult learners think about maths and why, as well as what they would like to support them in their learning. The research showed that many adult learners hate maths, and have always felt as though they were not intelligent as a result of not being ‘good’ at it. ‘However, these adults got good marks in their assessment; they were actually doing well. They have been told all their lives that being good at maths is important to get a good job, and if they are in poverty it is their own fault for not being good enough — that is just labelling and categorising people.’

The next stage is to design an app, alongside adult learners across different institutions and disciplines. ‘Lots of resources have been created for learning maths, but it seems that no one’s asked the end user, “what do you want?” A common thread was that they wanted help to understand maths language, and maths concepts. They wanted something that’s related to their study, and they wanted interactive games. Most of all, they wanted to prove that they were never dumb. It is just so satisfying seeing the change it makes in people — watching adults light up because they find that they can do something mathematical and can’t believe how easy it actually is. They realise that they could have always done it if given a different way to see it.’