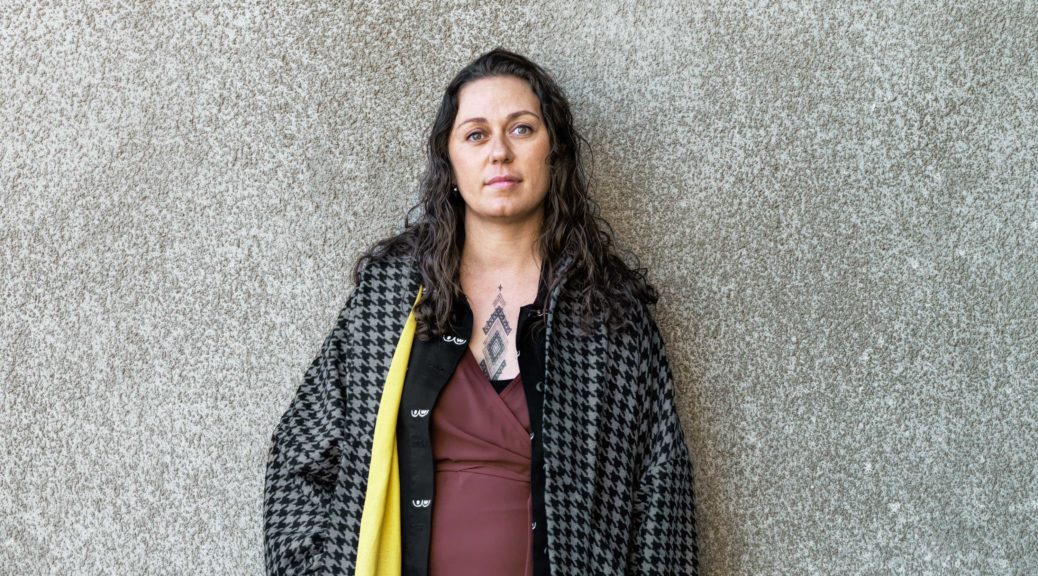 Marae, and in particular whare tupuna (ancestral meeting houses), hold rich collections of Māori art, including carving, painting and weaving. They also contain many portraits and photographs, often added by family members when a person passes away. Some of these photographs are even placed on top of other customary artworks. ‘We often think about carving, painting and weaving as being the foundation of customary Māori art,’ said Erena Arapere from the School of Art, ‘but it seemed interesting to me to think about how quickly Māori began to incorporate portraits in the wharenui. I became interested in how indigenous cultures came to value photography, and I now like to think of portraiture as the fourth customary Māori art.’

Arapere creates works that play on the idea that photographs capture the mauri or ihi (essence or life force) of a person. ‘Some of my earlier works used long exposures and movement to simulate the idea of life force or mauri in the photograph,’ she said. ‘My new works are about tukutuku [ornamental latticework], and they’re made up of lots of really small images of me and my children walking together, or my smallest one in a pack, because the work references some early photographs of Māori women bearing their babies on their backs. It talks about where I am right now in my life and in the history within our culture of keeping your children close and safe.’

As well as her portrait work, Arapere is part of the Mata Aho Collective, a group of four Māori women artists who work together to create large- scale fibre-based works that commentate on the complexity of Māori lives and the contemporary realities of mātauranga Māori (Māori practices and knowledge). ‘We make large-scale textile installations,’ she said, ‘and we make work at a larger scale than we could attack on our own. We use the saying, “four brains eight hands”, as it is a true collaborative effort to make one large thing.’

The works, which take up large amounts of physical space, have been shown in public galleries around the world, and it is of significance, Arapere points out, that these works are so visible in areas that young Māori women usually do not inhabit. The works commonly involve themes that highlight an atua wahine, a Māori woman deity, and the artists aim to reframe the way in which the stories about them are told, often showcasing the deity in a more discerning light than they are traditionally portrayed.

The group has recently finished their biggest project to date, a commission for the international exhibition Àbadakone at the National Gallery of Canada, and which is now one of the four nominations for the 2020 Walters Art Prize.

Taking nearly a year to complete, the work is called AKA, which translates as ‘vine’, and is woven from a series of marine ropes using customary whatu (finger twining), which is a technique for kākahu, to make the body of a cloak. The work reframes the story of Whaitiri, a female deity who is the personification of thunder and usually thought of as fearsome, and often portrayed in literature as an old crone or a witch- type figure. The woven ropes signify vines that Whaitiri tends, which climb up to the heavens, and the story of Tāwhaki and Karihi, young men who climb them in search of knowledge. ‘We wanted to acknowledge her in this story in a different way,’ said Arapere. ‘Karihi climbed the vines once and fell, and then Tāwhaki asked her which ones to go up, so he is able to reach the heavens. The work is about women as knowledge-keepers, nurturers and teachers.’

The installation is 14 metres high and weighs over a tonne. ‘It was a massive project, but totally worth it. We wove most of it here at Massey. We had a hoist installed in the Boiler Room at Toi Rauwharangi College of Creative Arts and worked standing on the ground, and then we had to collapse the work and ship it to Canada, where we finished weaving the project in the gallery. It sits in a public foyer area, so we finished the work with the public walking around and watching us; it was an experience.’ The work talks with the space and the grand scale of the building’s architecture, and is hung underneath a skylight. ‘We chose that area specifically because of the story of how the vines connect with the sky and it projects up to the sky from inside the building. It’s tremendously uplifting being able to travel with my best friends and make work, and the way that indigenous art is really starting to be showcased.’