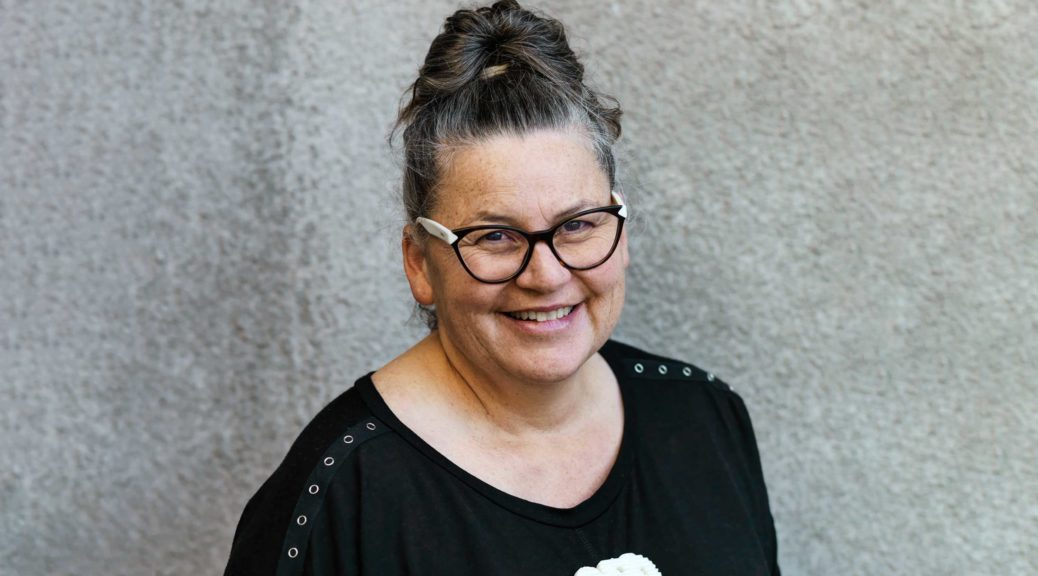 Rachael Rakena from the Whiti o Rehua School of Art uses the term ‘toi rerehiko’ to describe her practice, meaning ‘art that employs electricity, movement and light’. It claims and names digital arts for Māori by centring the concepts of ‘space between’, ‘fluidity’, ‘immersion’ and ‘continuum’ within a Māori paradigm, and combines notions of continuum with interdisciplinary and collaborative practice. ‘I make art that usually involves video and is often collaborative. I’ve been exploring themes around identity and water for many years, always with an indigenous focus.’

Rakena co-leads the Mana Moana project, a collaboration between Māori and Pasifika musicians, artists, writers and choreographers. It is a series of short art films, fusing poetry, dance, song, painting, photography and animation. Instead of projecting on a traditional film screen, Mana Moana explores themes of ocean, climate change and diaspora on a screen of projected water. ‘The water screen propels millions of drops into the air that fall and catch the light, creating a screen that gives the illusion of images appearing from the darkness and floating on water,’ explained Rakena. ‘It has a really magical effect, the way it makes people come together. The water spray comes out in a half circle, which then reflects on the water to become a full circle, and as the wind shifts, the whole image moves. It’s very ethereal, like a mirage. People gather around it, almost like you would gather around a fire, and that was something I hadn’t really thought about until we did it. It was really nice to see people taking it in.’

‘Volume 1’ of Mana Moana ran nightly in Wellington’s Whairepo lagoon as part of Wellington City Council’s Matariki ki Pōneke 2019, and ‘Volume 2’ is currently being created. ‘We’re hoping that we’ll be able to run it for five years or so, and keep building up the volumes,’ said Rakena. ‘We’ve been commissioning new works to be shown on the water screen for this Matariki around commemorating or taking stock of the year that’s passed, and looking toward the future. It brings together activists, experts and artists across a broad range of disciplines. Some of them are very strong advocates for climate change and ocean fixing. We tried to get a broad range so that it would present indigenous perspectives and embed concepts of kaitiakitanga [environmental care] and manaakitanga [care for others], looking after the ocean, and our connectedness to the ocean through whakapapa [genealogy]. We also wanted it to be not too devastating; something with a little bit of hope that makes you stop and think but doesn’t leave you bereft because that’s debilitating. Getting that balance is not necessarily easy. The project had to pivot due to Covid-19, and so we have developed an online 3D environment to host the project, called Mana Moana: Digital Ocean. We’ve intorduced VR and 3D sculptural artworks that centre Māori in this digital space. So we have considered tikanga [Māori customs] and atua [ancestor with continuing influences] in relation to this technology.’

Rakena is also a founding member of a group called Paemanu: Ngāi Tahu contemporary visual artists. Recently, they created the Nohoaka Toi exhibition, which takes visitors on a journey of Ngāi Tahu visual expression from rock art to the present day. ‘In the South Island, we’ve got a lot of rock art sites that were used as shelters by our ancestors, who used to travel across the island to different seasonal sites to gather resources,’ she said. ‘The art in them tends to be layered, where drawings from different generations are beside and relate to each other. We took that as a metaphor for how we treated the gallery, and for how we use galleries these days — we occupy them with our art practice and then return; it’s a temporary site where we put our art.’

Just as the rock shelters were once used, the exhibition began with artists occupying (sleeping in) the gallery prior to the exhibition opening, then there were multiple wānanga, or workshops, taking place over the duration of the show, where new works were added over time. ‘Each time we came back we added or changed a bit, and we hosted public activities and iwi activities that were centred in the space. The whole project was collaboratively driven — we developed key projects as a group and then took leadership roles within each of those projects. The projects were generally designed to encompass the contribution and participation of multiple artists and communities, to enable participation and collaboration. We were trying to shift the way we do things and be mindful of the present, and also connect back. For example, one of our artists draws directly on the walls of the gallery using ochre and traditional materials, and he started a number of large drawings and then encouraged us to add certain parts to them. His idea was that we would become part of the fabric of the gallery, so when it got painted over, we would be embedded into the walls.’