The shootings at two separate mosques in Christchurch on March 15 shocked our nation to its core. Regardless of race, creed or colour, the event touched us all deeply and has made New Zealanders pause both to mourn and to reflect.

We have reflected on what it means to be a New Zealander, what it means to participate in society and to truly love each other, and how, as a nation and as individuals, we can prevent such senseless violence from ever again happening in Aotearoa.

No Massey alumni were injured or killed in the event, and the alumni office has reached out to the 3000 alumni living in Christchurch. Many will have been deeply affected by the shootings and our thoughts are especially with them during this time.

Massey postponed or cancelled several events after the massacre, including our Distinguished Alumni Awards, as a sign of respect both to those whose lives were taken and to those whose lives we wish to celebrate. The Distinguished Alumni Awards were due to take place on March 20 and have been postponed until July 31. We apologise for any inconvenience to those attending, but under the circumstances it seemed appropriate to take this action.

While we acknowledge that life will never be quite the same, we would be letting violence and hatred triumph if we did not allow life to return to “normal” at some point. I wonder if the new normal might be a nation that is a little more mindful of its cultural diversity and a little more protective of communities and groups within society that might occasionally need collective support and protection.

To find out more about an event, select the thumbnail image below.
​ 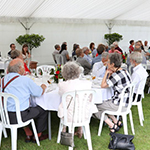 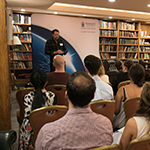 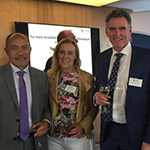 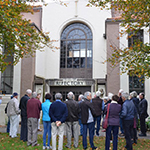 The Class of 1958 returned to the Manawatu campus